I was both surprised and honoured to be asked to guest at the The Social London’s ‘afterwork drinks’ session last week. Surprised because although I have DJ’ed, and more frequently, drank a lot there over the years, it was place from the past for me, having long left the UK. Honoured because, well …it’s The Social!

If you don’t know (and I had no clue at all) it’s a Twitter thing where at 6pm UK time you (as host) start sending tweets and they re-tweet them to their crowd. It didn’t take long to turn into a sort of DJ set. This took me by surprise in a couple of ways. I wasn’t expecting it to feel like a DJ gig. After a period of arid dryness gig-wise you’d think having a thing sprung upon you almost unwittingly would be a shocker, but it took mere minutes to feel deeply familiar. It was also unnervingly and promptly quite stressful, just like a gig. There was a genuine clock ticking (I tried to do a new post arriving approximately the duration of the last track) and it felt like people were engaged.

I started to notice my back was sore. Which at my age happens every gig. It was weird ‘cos I was sitting down but I was as tense and wound-up as stood on any stage. I reached for the red wine, like a gig, and had too much too fast, just like a gig. Within an hour I was choosing tunes without thinking at all, exactly like a gig. One followed the other because the last one said so. Then I would realise it wasn’t a disco and try crash it back to something that I had no template for. I couldn’t imagine people in their houses on computers, so it quickly went back to being lost in the music. I made a few ill-advised jokes, mainly to piss off purists and let them know this isn’t for them, which I do in sets too, only with sound. It all felt achingly familiar.

Like a gig, in a way I wasn’t there. I don’t know about you but I’m not really present when playing. It’s a state of reverie. All the best laid plans go POOFF! out the window and a sort of autopilot kicks in. One that’s watching everyone in the crowd at once and also individuals who seems to be into it. One that wants to choose the easiest and most obvious next move out of safety and immediately tells you to do the opposite (“that which is predictable is immediately puerile” as a great artist once said). When you are getting it right you’re somewhere in the middle. Fighting in the ring of ying and yang, an eternal referee between educate and entertain. Most of all there has to be joy. People can tell very easily when it is there, and when it very clearly is not.

In short, the whole thing was surprisingly hard. And strangely moving. I’d not done anything even remotely like it since 2019, pun intended. I’d deliberately made a conscious decision against streams and zoom chats and wobbly footage of a sheet held up with clips, gaffer and string. I can wait. Really. Much as I would love NOT to be on the verge of ruin, my situation is simply inconsequential when it comes to a global disaster that is killing the most vulnerable. I felt there was something sinister and almost a little inevitable that something giant Techbro disruptors had already hammered down to almost zero value should, it seemed to me, be shaved down even further. I totally get some people have to work, and some have to have attention. Some need both. For me, the same reason I rarely do mixes and only work with what I see as ‘proper’, the same thinking applied to ‘lockdown DJing’. Do it proper, or not at all.

I was completely wrong of course, as I frequently am.

There are things that simply cannot be replaced online. Indeed I would go so far as to say that anything that diminishes the full glory of a rave (including things like Boiler Room) brings down its value. Not just in monetary terms, but its inherent substance. For me a proper party is like Schrödinger’s cat. It’s a sort of quantum scenario where just observing it, filming it, being anything but tits-deep in it sort of makes it cease to exist. It really is a feeling. I also know now that I am a rubbish purist. Because there are golden threads of similarity that I completely missed by being a colossal monolithic snob-plinth. You can do it online, especially on a Friday night with people egging you on. The void between the ‘real’ and a version of it online out of necessity can contain many of the same elements. Being in the zone. Being engaged. Under pressure. Things can be unpredictable and fun. There is, in fact, a crowd to read. Your job is to make them happy.

And I knew it was proper because when it ended there was the traditional yawning void prodding me to open another bottle. Carry on regardless and heedless, even though anyone with a brain was off to bed. Draw it out. Overdo it. The idea of just stopping was genuinely hard. As usual I was once again adrift in the ruins of a fake victory. Most of all, the loss of not doing it for so long was almost physical. I’d bottled it up and put it away on a very high shelf marked “NOOO”. It seems the cork flew out all on its own and none of it wanted to go back in again. It used to be weird standing in a now empty club, mere minutes previously a glowing nebula of light and promise, a ghost haunting the scene of its only triumph. It was even weirder getting that empty feeling sat on my sofa.

I’d do it again in a heartbeat. 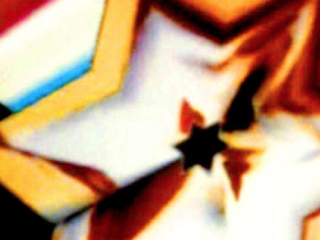