This is my theme tune. Imagine I am riding a giant silver ant with a saddle made my Robert Moog and my very BEST cape on

Musically I was terminally and deeply square shaped until I started to play percussion in the school orchestra and discovered THE FUNK and especially Washington Go-go a bit later.

Musically I was terminally and deeply square shaped until I started to play percussion in the school orchestra and discovered THE FUNK and especially Washington Go-go a bit later.

For a long time I played in bands and was very ‘indie’. Futurama Fest and Duchess of York. A lot!

The Colorblind James Experience: Considering A Move To Memphis

then the indie sort of merged into funk.

I could easily put up cooler, more obscure records but I’d be faking what really happened

The Funk/Go-go got married to a love of extreme sound. I was obsessed by weird noises. Like Father Dougal and his sound effects album.

When I heard this (at an author’s house, on acid 4am), everything changed once more.

I could get lost in the 90s. I spent a very weird time in South London sort of trapped in Acid Jazz. Which I loved and also sort of had one foot in the Traveller/Crusty thing. Where the Techno lived. But lets have a break with…

Then I got into Techno.

The Orbit had a lot to do with it.

…and then I moved to Ibiza.

nothing defines that first year there properly more than this slab of pure solar energy.

Again, I could play it cool and be a liar but these are the real songs in a real life.

I did a lot of afterhours. A decade? more.

Nothing defines the Space Terrace in the morning for me more than this..

this makes me think of that legit Ibiza afterhours vibe even though it is relatively new.

it is like someone reached in my head and brought all that out in big sparkly handfuls.

people who say (all-too-often) that Ibiza is over…

This is the next record.

Just ‘cos it is the next record, the last one said so.

it’s not a disco tho here is it? shame. it will return.

this is my 2nd favourite song about a CIA torturer.

so many to choose from.

The Walker Brothers: The Electrician

one for Johnno, Bugged Out. What a nice man.

i’m not even drunk yet.

it gets WAY worse.

good lord! as if I could eve…

so many end of the night records. so many you could do a whole night of them.

this isn’t the last tune.

Sound 5: the Hacienda Must Be Rebuilt

I am rather partial to a bit of yacht rock, who doesn’t live a slice?

I assure you, it is not

Young Gun Silver Fox: You Can Feel It

Look upon Cory Henry and WEEP.

Just like the other keys player next to him.

(all jazz faces aside, LISTEN to these fuckerz wail maaaan)

did you know Sir George Martin made one of the first electronic records under the frankly awesome pseudonym of ‘Ray Cathode’?

basically he wrote ST Pepper couple years ahead of the Beatles. Oven Ready.

George Martin & His Orchestra: Theme One

what’s your favourite Prince record?? are you mad?

Show us your proper fancy dancin’

So dense it produces its own singularity.

About 2 years before they arrived with new pants and eyeliner. Where it all came from….

Another low slung monster. There is a bit about half way in where the universe folds into 3. Worth the price of admission alone

That’s enough teetering around the bowl of audio oblivion.

This isn’t the most camp record I own, but lets just say I put it on before I go out, a lot.

And so should you.

Leroy Hutson: She’s Got It

I can stand up, manly-like, and say I am fine with loving a happy little jazz funk flugelhorn maestro.

LOVING IT I SAID.

(actually one of my all-time faves)

here’s your One More

I give you, the unstoppable Psychemagik

Psychemagik: Triumph Of The Gods 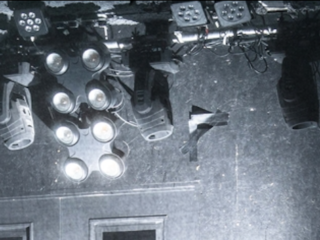 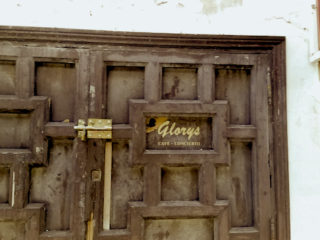